The shrinking of the aral sea has been called one of the worst environmental disasters on the planet.

Situated in central Asia, it was once the fourth largest lake in the world, but the rivers that fed the Aral were diverted by Soviet irrigation projects from the 1960s. it has been disappearing ever since.

By 1997, it had diminished to ten percent of its original size, and satellite images captured by NASA in august of 2014 revealed that – for the first time in modern history – the eastern basin of the Aral Sea had dried up completely, a region now known as the Aral Kum desert.

As the Aral Sea dried up, fisheries and the communities that depended on them collapsed. The increasingly salty water became polluted with fertilisers and pesticides. The dust blowing from the exposed lakebed, contaminated with agricultural chemicals, became a public health hazard. the salty dust blew off the lakebed and settled onto fields, degrading the soil. Croplands were flushed with increasingly larger volumes of river water. The loss of the mitigating influence of such a large body of water made winters colder, and summers hotter and drier.

In a last-ditch effort to save the lake, Kazakhstan constructed the Kokaral Dam, separating the northern and southern parts. The dam, spanning across 12 kilometres, separates the two bodies of water and prevents a downward outflow. Thanks to the Kokaral, fisheries in the north have rebounded, in spite of it limiting the flow into the south. Water levels recovered notably between 2005 and 2006, with minute improvements recorded throughout the remainder of the time period.

The album is split into three parts:
pre-disaster, calamity, future. 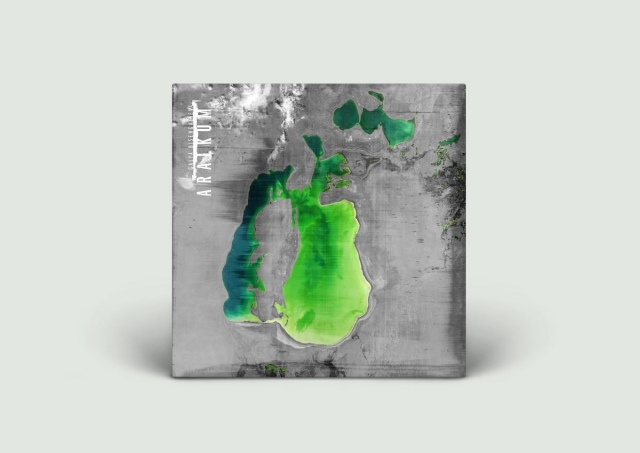